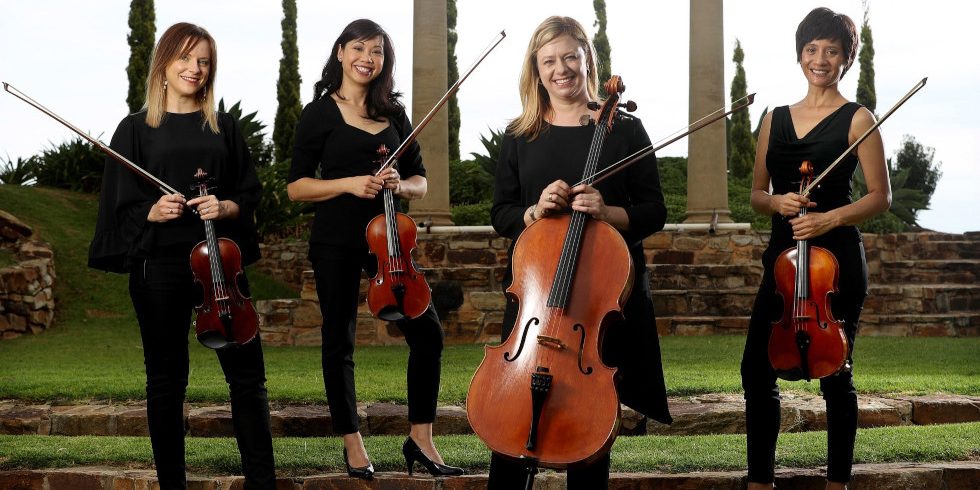 Amicus was founded in 1996. Since that time, it has established a reputation for excellence in presentation, performance and customer relations, and is now one of Adelaide’s busiest performing ensembles.In addition to providing music for special occasions and private functions, Amicus performs regularly in concert with repertoire ranging from Bach and Mozart to contemporary composers such as Philip Glass and Karl Jenkins.

Amicus has performed for Recitals Australia, the “Tuesday on Flinders” series of concerts at Flinders Street Baptist Church, ACME New Music Company, the Adelaide Philharmonia Chorus and the State Opera of South Australia, as well as in various music festivals and private functions. It has performed twice in the Mawson Lakes Planetarium, involving memorised performance in total darkness. It has undertaken a masterclass with the internationally acclaimed Brodsky Quartet, and was quartet in residence for Symphony Australia’s Westfield Young Conductor of the Year programme.It has accompanied international artists including Elaine Paige OBE, and Aled Jones.In 2004, Amicus featured as the performing string quartet in the wedding episode of the Australian TV drama series “McLeod’s Daughters”.

Amicus’ service to the bridal industry has been recognised with many awards in the Ceremony Music and Live Entertainment categories of the Australian Bridal Industry Awards for Excellence.

Can't Take My Eyes Off You (Frankie Valli)

Someone To Watch Over Me (Gershwin)

The Strung Out Mamas